More and more packaged goods and recipes are calling for botanical, natural even ancient ingredients to align with the widespread health and wellness priorities of the everyday customer.

In Mintel’s, the world’s leading market intelligence agency, six key trends set to impact the global food and drink market they highlighted ingredient, food and drink product trends set to make an impact in 2017. “2017 will be a year of extremes, from “ancient” products including grains, recipes, practices and traditions to the use of technology to create more and better tasting plant-enhanced foods”*.

One such ancient grain is Spelt.

Spelt is one of the world’s most ancient grains: it’s native to Iran and parts of Europe and was one of the first species of wheat ever used to make bread. It has gained popularity in recent times, thanks to its high levels of fibre, protein, vitamins and minerals and the fact that it is both easy to digest and low in gluten. Spelt has a lovely, nutty flavour not dissimilar to barley.*

Spelt, also known as farro or dinkel, is a sub-species of wheat. It’s a wholegrain with unique properties; the husk protects it from pollutants and insects, which enables growers to use little or no pesticides. It also has a broader range of nutrients than other members of the wheat family, with higher levels of protein, fibre, manganese, niacin, thiamine, copper and vitamin B2. The high level of fibre in spelt helps reduce low-density lipoprotein (LDL) or “bad” cholesterol levels.**

Spelt contains more protein, fats and crude fibre than modern wheats and is high in vitamin B17, but is not recommended for coeliac. However, it may be suitable as an alternative grain for people sensitive to normal wheat products, and those with mild wheat gluten intolerance.
Spelt was widely grown in Europe / Iran for hundreds of years because the adherent thick husk is more resistant to extreme weather than other wheats. Spelt almost disappeared when it was outclassed in farming, milling and baking performance by more ‘modern’ wheat varieties.

But not all Spelt is equal, the benefits of Australian Spelt.

Australia now benefits from having original and genetically ‘true’ spelt varieties, because in other countries grain breeders have sought to improve the yield and processing characteristics of old spelt varieties by crossing them with modern wheats. This cross breeding has compromised genetic purity and provided some of the undesirable attributes of modern grain, so look for Australian grown and milled spelt which has a distinct advantage to imported spelt flours. A 100% wholemeal produced from Spelt grain that has been milled in a very sophisticated manner, provides a meal that performs in a superior fashion to meals that have been obtained by the simple reduction of whole grain to smaller particles. When sourcing Spelt, ensure you are selecting Spelt that has been grown in suitable environments to ensure reliable production of the best quality spelt flour.

Beyond the significant health benefits derived from an abundance of protein, fats and crude fibre not found to the same degree in modern wheats, the high in vitamin B17 spelt also delivers a stronger dough that doesn’t crumble as easily as that made from white flour.

That doesn’t mean it’s heavy, though, while not quite filled with the air and lift of classic puff pastry, the spelt puff pastry is ideally suited to hearty handheld creations such as meat, vegetarian and fruit pies and sausage rolls, with the shortcrust pastry perfect for tarts and quiches.

For the more ‘technically-minded’ the bran in the wholemeal flour acts like thousands of tiny little knives that shear the dough, penetrate the pastry’s membrane and leave natural little imperfections that break the integrity of the layers and result in a less puffy puff.

Spelt is ideal for the customer looking for a clean, nutritious foods to eat well without compromising on taste. Working with Spelt Pastry enables you to simply update your menu with recipes offering a healthy alternative that is tapping into a key food trend. 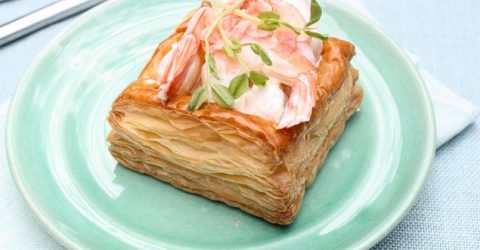 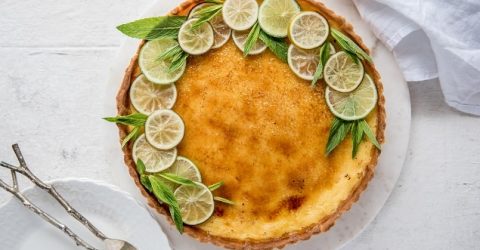 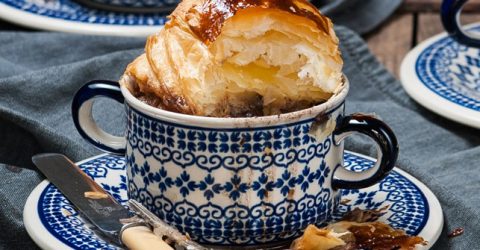 Can you charge $10 for a dinner roll?

Sign up to our monthly e-newsletter for exclusive recipe ideas and product updates, direct to your inbox!